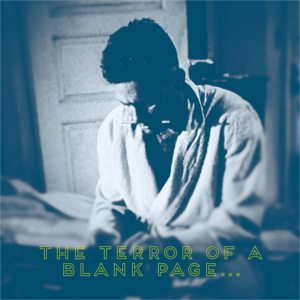 The way I figured it, writing was a way in, because writing didn’t cost anything.

In April of 1985 I had just finished the Yes concert film that would not catapult me to fame and fortune and I was sitting in the offices of Lookout Management on Sunset Blvd and saying to Mary Klauser, who ran the joint, that I wasn’t sure what the concert film would really DO for me since making concert films wasn’t really what I wanted to do, and in fact while I was editing the Yes concert film I saw Russell Mulcahy’s AS THE LIGHTS GO DOWN and it was so awesome I wanted to shoot myself, and so I asked Mary what was all that FOR? And Mary said, YOU NEED AN AGENT—I KNOW AN AGENT and she called Ann Dollard, who turned out to be a not only an agent but a truly rare human being, and Ann and I agreed a good way for me to start making my way forward would be to write scripts while I continued to make short films so that I could get writing jobs to support myself. I was living in Baton Rouge at the time, and I sat down at my Kaypro computer and wrote three scripts back-to-back over the next eight months (I had one script I’d been trying to make as a low-budget feature, PUTTING ON AIRS, but I didn’t consider it the right kind of calling card as a writer). The link below, PROOF POSITIVE, was the first of the three specs. I had recently seen THE RETURN OF MARTIN GUERRE and thought it could be transported to another time and place (later someone else would have the same idea, the result being SOMMERSBY). Again, I did this as a writing sample, not as a project for me to make. I then wrote a script called CROSSTALK, a comedy about a mildly dysfunctional suburban family, and STATE OF MIND, a psychological thriller about some spoiled kids who stage a false kidnapping to extort money from their parents. PROOF POSITIVE is the least bad of the three, and I don’t think you’ll find anything exceptional in it; I wrote it (as I wrote the others) to show I could write a functional screenplay. My scheme worked, sort of. I got a job writing an hour-long after school movie for Disney called CITY TO COUNTRY that was never made but got me into the WGA (which I’m not a voting member of now, long story), and then a musical(!) for Tri-Star called ACROSS THE LINE. This was fortuitous because the executive involved, Casey Silver, would later become head of Universal and allow me to make KING OF THE HILL, THE UNDERNEATH and OUT OF SIGHT during his tenure (our relationship continues; he is now producing MOSAIC for me). Meanwhile, in early ’87 I wrote another script, DEAD FROM THE NECK UP, an AIRPLANE!-style detective film, and this found its way to Bobby Newmyer, an executive at Columbia. He tried to get DEAD set up for me to direct, and while he was doing that, he slipped me a little money to write a spy film called REVOLVER. This was now late 1987 and I had decided two things: I had to leave Baton Rouge once again for Los Angeles to make a real play at getting a feature film made, and there was no way I was going to get past the first act of REVOLVER. I’d been making notes for a CARNAL KNOWLDEGE-type film and while driving from Louisiana to California in January 1988 I started writing SEX, LIES. I gave it to Bobby in lieu of the spy movie and he felt he could get it financed.

The success of SEX, LIES created a paradox I didn’t see at the time: On the one hand, writing had gotten me to the place I’d always wanted to be, but on the other—and this is what I didn’t understand then—I wasn’t a writer. I had WRITTEN, but I wasn’t a writer. It would take me several years and several films to understand this. Once I did, and began to work with REAL writers, my career advanced dramastically.

The reason for all these words is, of course, commerce: we have a new, Joe Gillis-themed t-shirt to offer. Let’s hope we all make it back to the copy desk in Ohio before some deranged movie star plugs us full of holes…